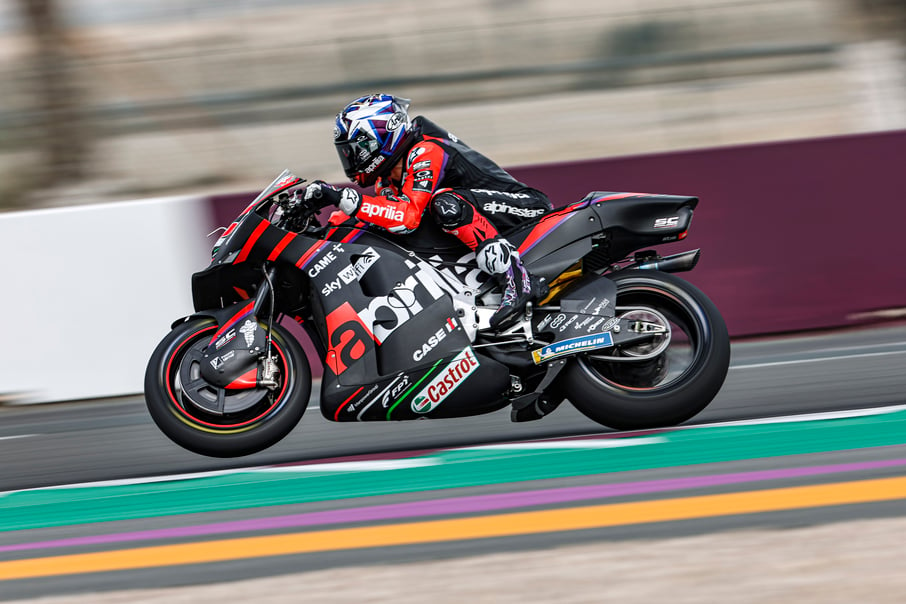 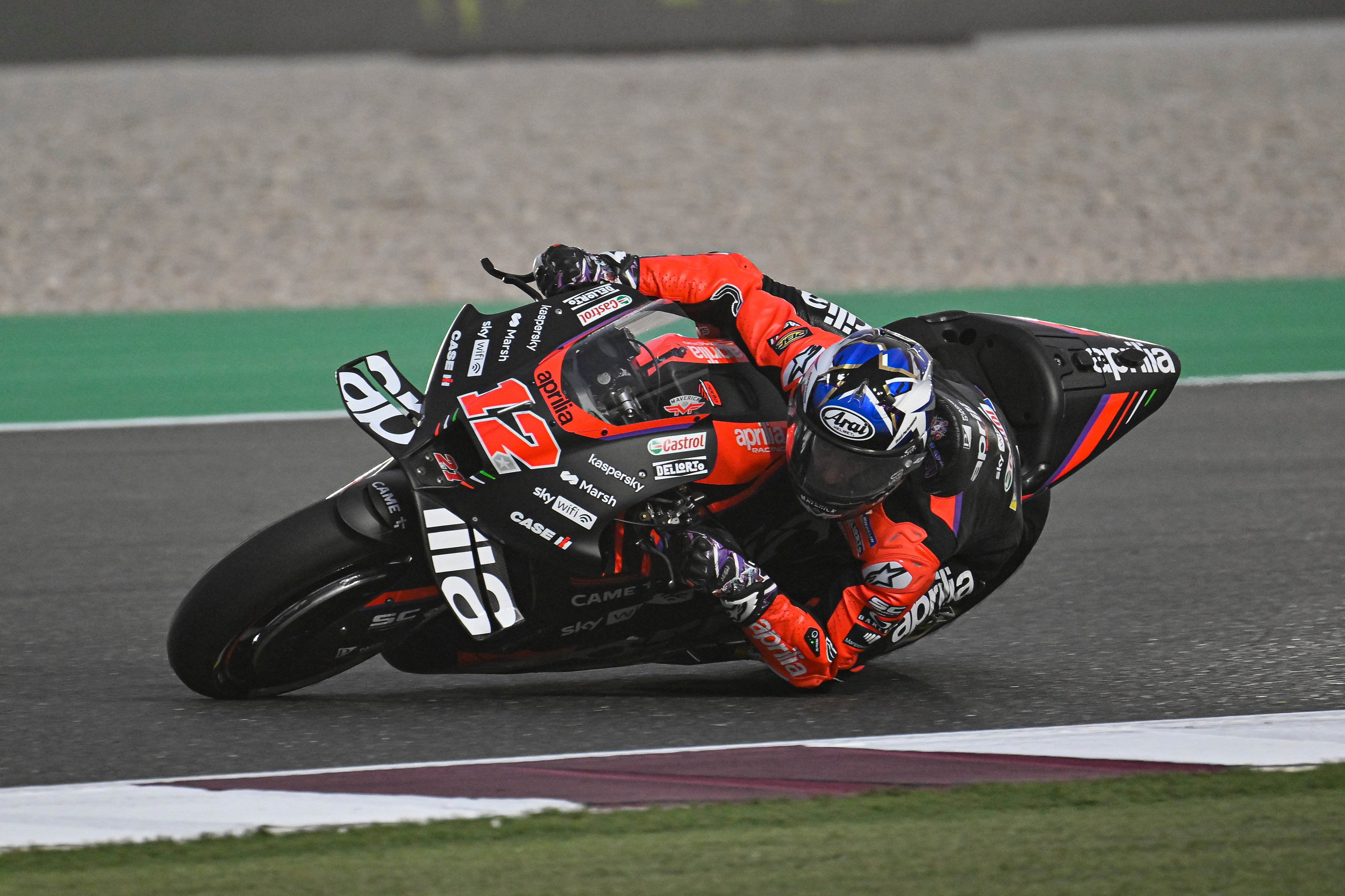 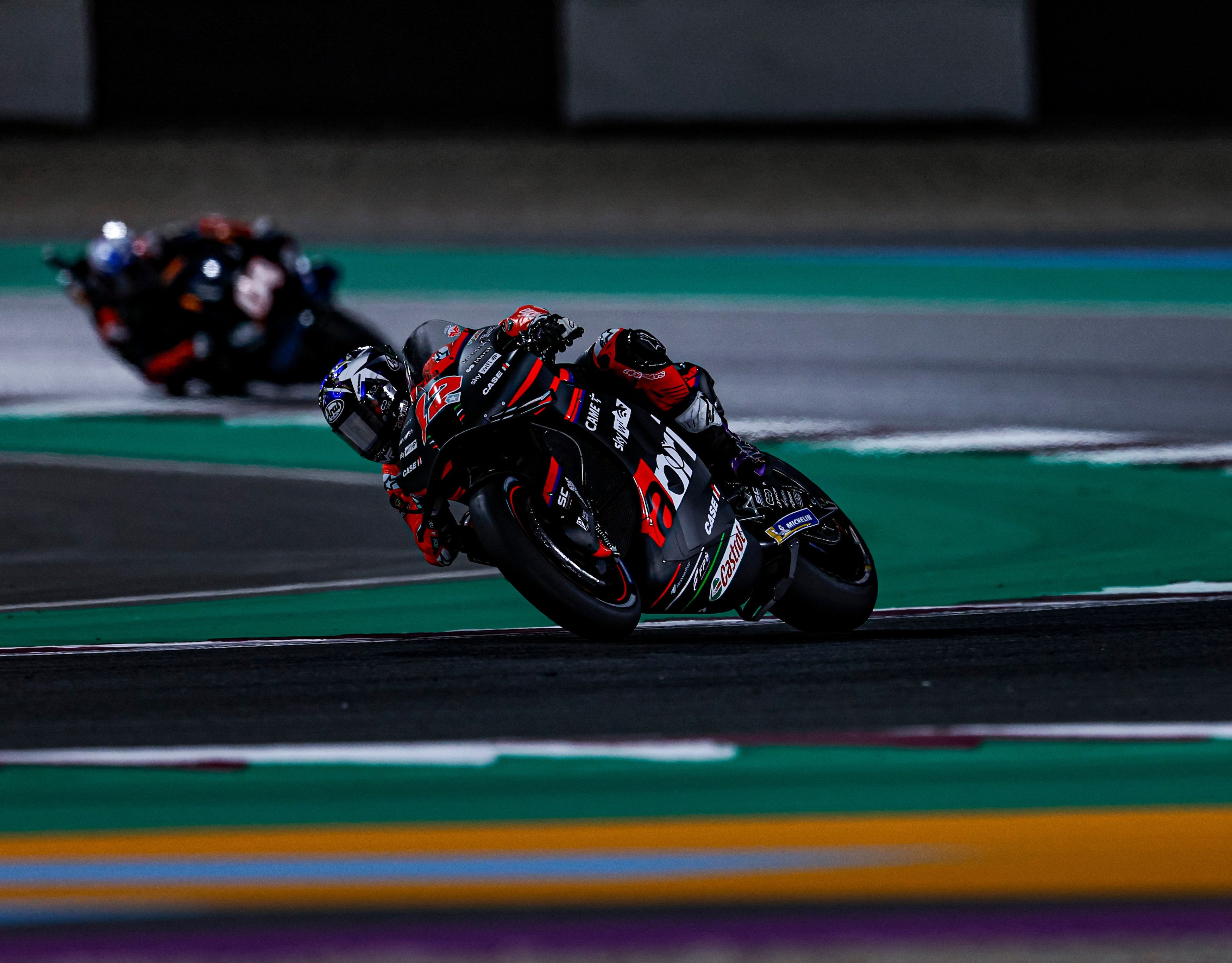 ALEIX ESPARGARÓ, CONSISTENTLY A PROTAGONIST THROUGHOUT THE WEEKEND, CONTINUES TO PERFORM WELL AND IS FOURTH IN THE 22 MOTOGP OPENING RACE

After a weekend spent among the leaders in every practice and qualifying session, Aleix Espargaró confirmed his performance in the race, finishing fourth in an extremely tight finale where the top four riders were all within 2 seconds of one another.
After a good start, Aleix battled in the positions just off the podium, managing to get the better of Rins, Mir and Marc Márquez and successfully catching, but not overtaking, his brother Pol for the podium.
In so doing, Aleix achieved a great result, one of the best of Aprilia’s history in MotoGP, which also reiterates the value of the 2022 RS-GP, the brand new V4 that made its début in the recent winter tests, capable of confirming all the good feedback seen during the preseason testing in the first race. In fact, Aleix finished with the second best race time and went in the books among the top riders in terms of top speed.

Maverick Viñales, although still far from the results that are within reach for a rider of his talent, skilfully reacted to the result of practice and qualifying, where he was never quite able to find the right feeling with the bike on this track. Settling into his race pace and aided by a few crashes ahead of him, he fought his way from the eighth row all the way up through the ranks to twelfth place, which gives him his first championship points for the ’22 season.

Aleix Espargaró
"Coming so close to the podium and missing it may seem like a disappointment, but I am extremely satisfied with our weekend and today’s race. The times show that I was one of the fastest on the track. Unfortunately, I lost a few fundamental tenths battling with Marc and Joan. And in the end, I think that our tyre situation was better than my brother’s and Brad’s, but a small mistake on turn 4 kept me from attempting an attack in the finale. In any case, Aprilia is in the mix - we’re in it! It will be an extraordinary championship where we’ll certainly be able to battle with the top riders and the best manufacturers in the world."

Maverick Viñales
"This is obviously a disappointing result. This is certainly not in line with my expectations or the team’s, but I never had the right feeling with the front end and going into corners. We’ve got a lot of work to do. We need to get to know this bike better. We had some sensations in the tests that we evidently need to find again. I didn't make any mistakes in the race and I didn't have any significant drop in tyre performance, but I didn't manage to have an incisive pace either. This is neither what we want nor what we know we are able achieve."